Arctic Hare is an animal and its appearance is a combination of a blue base, has a white tail, and a neck fluff. Arctic Hare's eyes are thin and colored in aqua-blue. The area around its eyes is slightly darker. The insides of its ears are dark pink and the tips of its ears are black. This animal has longer front legs than the bunny, and it makes it taller. The Arctic Hare has long ears and pointed cheeks. Animal Jam game cursor with Arctic Hare and Blue Glasses. 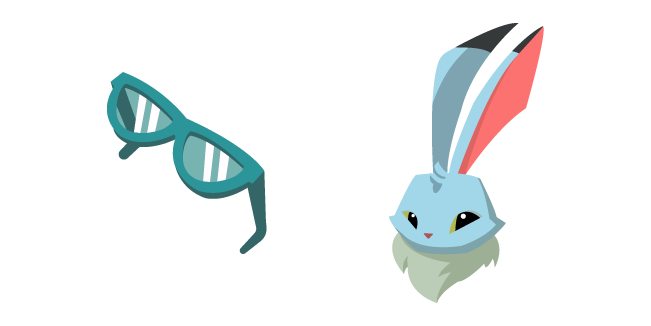