The Octopus is a members-only ocean animal and one of eight underwater animals that are playable in the game. The Octopus has a dark pink color with a large, round-shaped head and 8 small, short tentacles. It has large, flat, black eyes and a light-pink underside with light pink colored suction cups. The Octopus Plushie is a non-member den item, which can be won from The Octopus Claw. Animal Jam cursor with Octopus and Octopus Plushie game pointer. 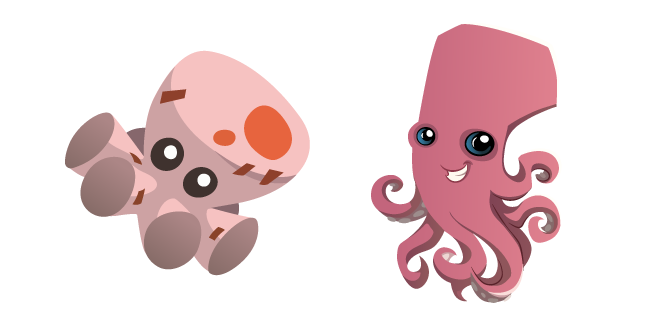