Luca is a light blue male Bird that appears in the Angry Birds series. He bears a resemblance to The Blues. This is a triangular-shaped bird covered in a fluffy, light-blue coat of feathers. He has two large crest feathers with light yellow tips, two small dark blue tail feathers, large blue eyes, short rectangular eyebrows, and a small beak. He is the youngest and the only male of Stella's flock. Fanart Angry Birds cursor pack with Luca pointer. 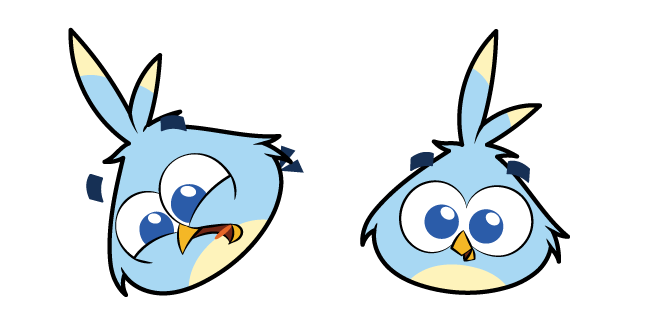