Wingman is a superhero-like state of Terence that appears in the Angry Birds series. As Wingman, Terence is still a large, round bird, covered with crimson feathers, small, darker circles in certain parts of his body, and peach feathers on his belly, but in this transformation, he wears a dark blue mask that covers most of his head and has a large, yellow W on it. In Angry Birds Space, his feathers are green. Angry Birds cursor pack with Wingman fanart game cursor. 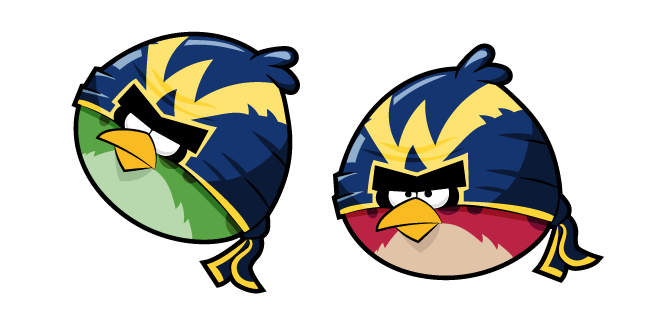