Bicep, with the full name Connor Stobillo, is presented as a hero who was brutally beaten up by the Doppelganger of Dr. Flug in the Villainous series. He's a bit meat-headed ignoring G-Lo's warning since he believed he was fighting Dr. Flug. By the way, maybe you have noticed that he looks like a parody of famous actor Sylvester Stallone and his appearance is based on both the main character of the Rocky series Rocky Balboa and John Rambo. Villainous cursor pack with fanart Bicep cursor. 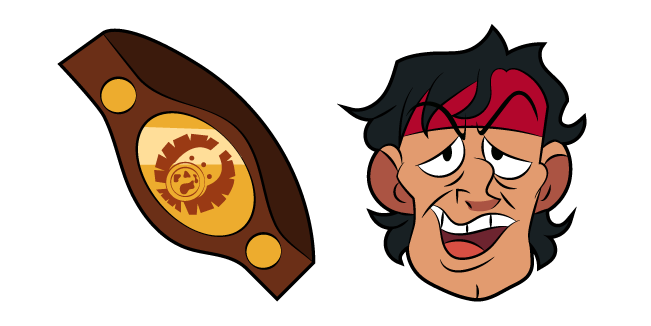