Greater Dog is a guard dog and a miniboss that you can meet in Snowdin Forest of the Undertale game. It can be later found as an NPC in Grillby's when the protagonist spares it in battle. It is a member of the Royal Guard. It is wholly white and wears mantle-gray armor adorned at the wrists with apparently functional dog faces, much like the spear weapon it holds during battles. Undertale game cursor with Greater Dog and Spear. 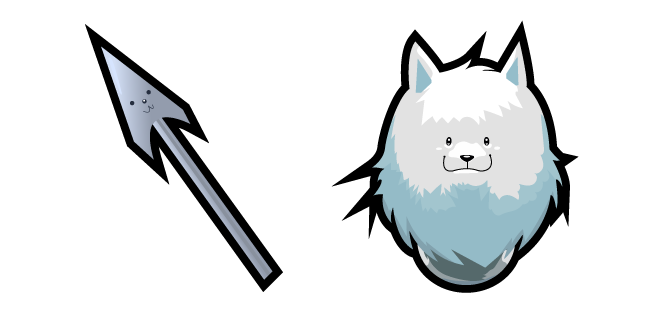