This Undertale cursor for a mouse named Blueberry Sans and Bone is based on the skeleton Swap Sans, or as fans call it, Blueberry Sans, who is one of the major characters in the alternative universe Underswap. He is the younger brother of Papyrus and Blueberry Sans plays his role, he is very energetic, cheerful and is part of the Star Sans team. This character with blue eyes and a bandana uses bones as weapons, summoning them and damaging the player. 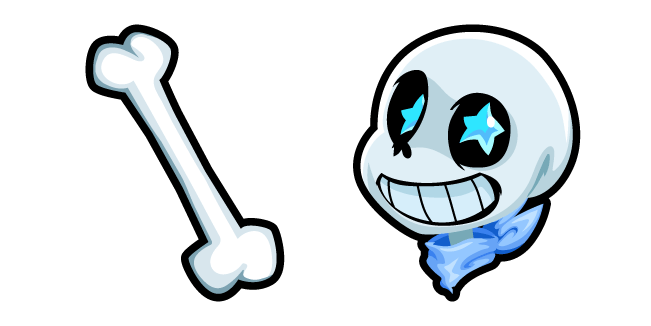