Dark Fawful is the revamped form of Lord Fawful that becomes after absorbing half of the Dark Star's power, who is the boss of Mario & Luigi: Bowser's Inside Story and its remake. Fawful is quite smart but suffers from extreme fits of rage. In this form, he has greater powers and an altered appearance, which features red glasses, a cloak that resembles the one worn by his mistress, and his Vacuum Helmet that seemingly has its own life. Super Mario cursor pack with fanart Fawful and Dark Fawful game cursor. 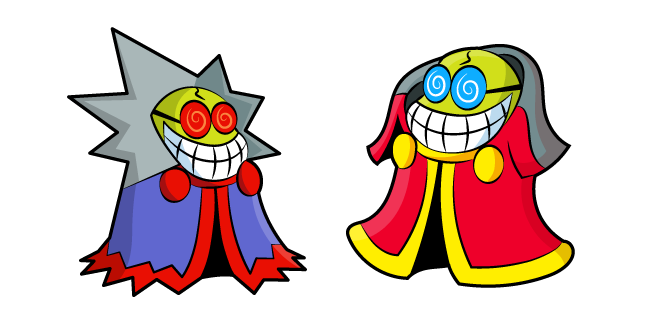