Boos originally known as "Boo" Diddlys and later Boo Buddies - are ghost enemies in the Mario game franchise and make their debut in Super Mario Bros. 3. They are white spherical ghosts with threatening and normally open mouths. They are known for their pretty big tongues and kinda small "arms". Worth mentioning that Boos are shy personalities - they cover their faces when someone looks directly at them. They can show their faces when the subject turns around. The Super Mario cursor with Boo and Shy Boo. 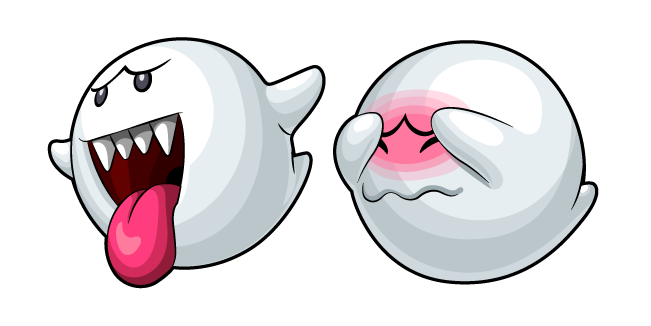