The ISD Chimaera was a modified Imperial I-class Star Destroyer led by Imperial officer Thrawn until the Galactic Civil War and saw service during the reign of the Galactic Empire. It was unique because it had a stylized depiction of a chimaera engraved on the ventral side of its corp and first appeared in the 1991 Star Wars Legends novel Heir to the Empire. A Star Wars cursor with The ISD Chimaera Ship. 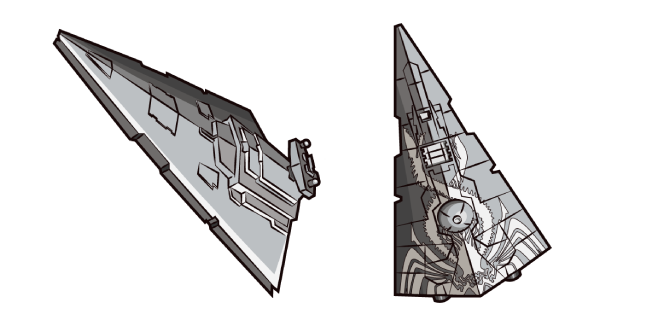