212th Attack Battalion сlone paratroopers aka airborne clones - specialized clone troopers trained for airborne operations in the Grand Army of the Galactic Republic. They wear a modified version of the Phase II clone trooper armor, that featured a kama and a beehive helmet. They hold the DC-15S - blaster carbine variant of BlasTech's DC-15A blaster rifle during the Clone Wars. It was also in service in the earlier years of the Galactic Empire. Star Wars cursor with Clone Paratrooper and DC-15S pointer. 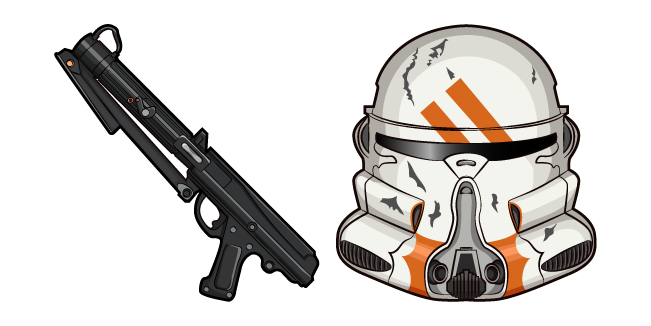