Sheev Palpatine also known as Darth Sidious or simply as the Emperor is depicted as the Emperor of the Galactic Empire and the master of Darth Vader. Earlier, he was shown as a charismatic politician, and a Sith Lord, who orchestrates the Clone Wars, all but exterminates the Jedi Order, ends the Galactic Republic and seduces Jedi Knight Anakin Skywalker to the dark side of the Force. Star Wars cursor pack with fanart Sheev Palpatine and Lightsaber cursor. 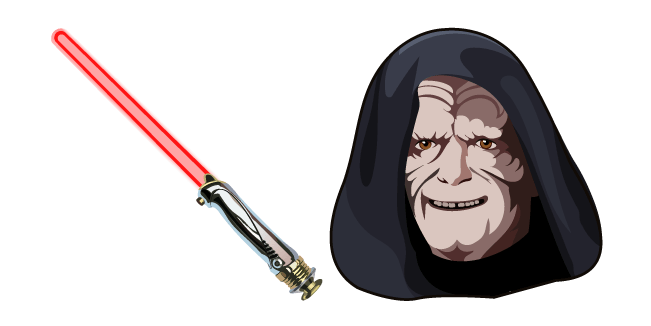