Despite her commitment to the Jedi Order and the light side of the Force, Rey felt the pull to the dark side due to her anger and the adversarial relationship she had with Ben Solo. Dark Rey, which you see in our fanart Star Wars Dark Rey and Red Lightsaber cursor pack, is a dark side of Rey who greets the Jedi on the remains of the second Death Star. There she discovered her origins as the Dark Lord's granddaughter, and upon confronting Sidious in person, she was nearly swayed to the dark side of the Force, thus falling into his trap of transferring his spirit into her, which will allow him to possess her body. 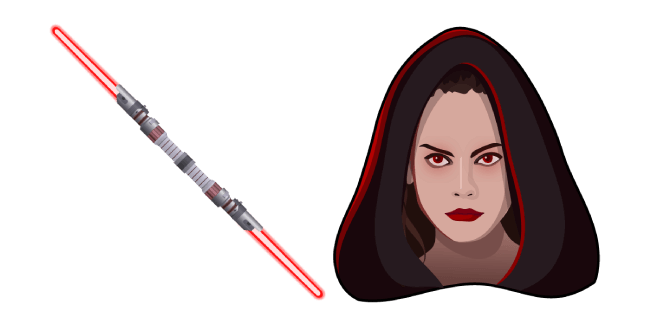