The guy in our Star Wars cursor is CC-2224, nicknamed Cody, and was a clone marshal commander assigned to High Jedi General Obi-Wan Kenobi of the Grand Army of the Republic throughout the Clone Wars. The leader of the 7th Sky Corps and personal commander of the 212th Attack Battalion, he was a loyal and competent soldier who always followed his orders. He was a no-nonsense commander who was very skilled in tactics. Following the issuance of Order 66, however, Cody's loyalty to Kenobi and the Jedi was erased by his confidential programming, which led to him turning against Kenobi and the Jedi. 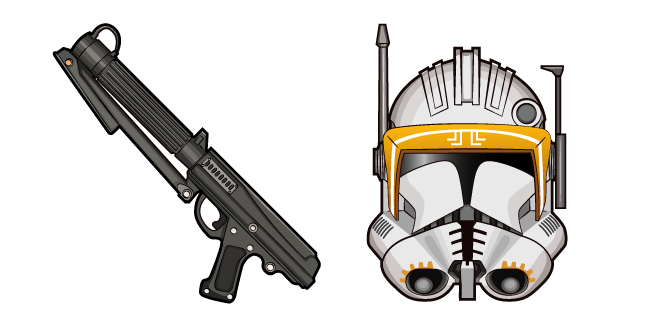