Axl Rose is an American singer best known for being the lead vocalist and lyricist of the hard rock and heavy metal band Guns N' Roses. He has also been the band's only constant member since its inception in 1985. He has even toured with the Australian rock group AC/DC. By the way, Axl Rose has been named one of the greatest singers of all time by various media outlets, including Rolling Stone and NME. It was impossible to not make a fanart Guns N' Roses Axl Rose cursor pack with such a legend. 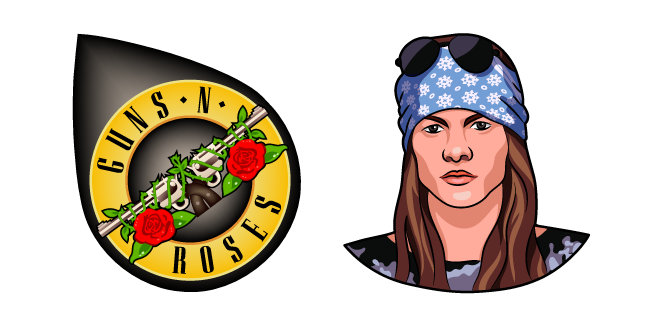