Madonna Louise Veronica Ciccone or most commonly known as Madonna was born in 1958 in Bay City, Michigan. She is a well-known American singer, songwriter, actress, businesswoman, and a person that was granted a high title of Queen of Pop music! She is known for reinventing both her music and style constantly and retaining a standard of autonomy within the recording industry. A beautiful pop symbol cursor with Madonna Louise Veronica Ciccone. 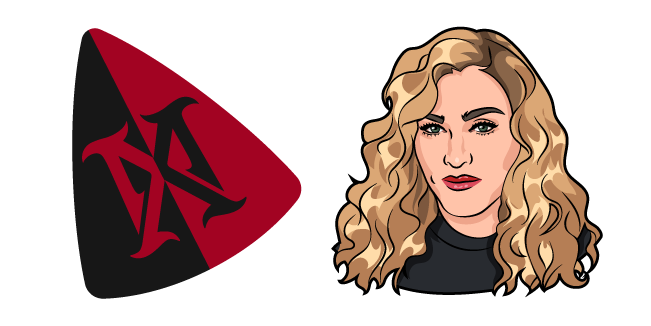