This Roblox character with spider's legs and two heads on top of each other is called Despacito Spider. In most of the edits, Despacito Spider is depicted as a threatening character. The earliest known post with Spider Despasito appeared on December 31, 2017, and over the following months, the character began to spread throughout the Roblox community. On September 7, the creators of Robloxian Highschool recognized the popularity of the character and therefore made Despacito Spider the logo! The famous meme cursor for a mouse with Roblox Despacito Spider Meme! 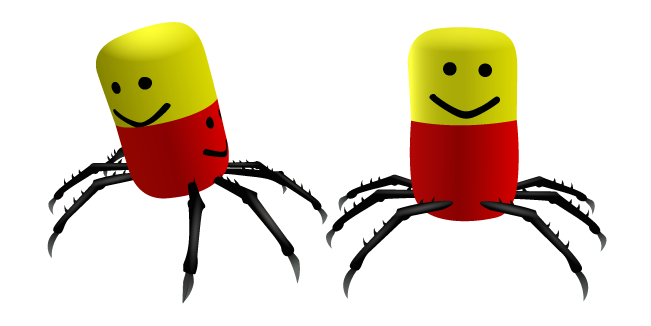 This Is Fine Cursor