Unsettled Tom, also known as Traumatized Tom and Concerned Tom, refers to a Paint drawing of the character Tom from the cartoon series Tom and Jerry wearing an expression of concern. Originating from a Tails Gets Trolled comic and circulated as a reaction image on 4chan, in March 2019 the picture gained popularity on Reddit, often used in reference to shocking behavior. The meme cursor for a mouse with Unsettled Tom! 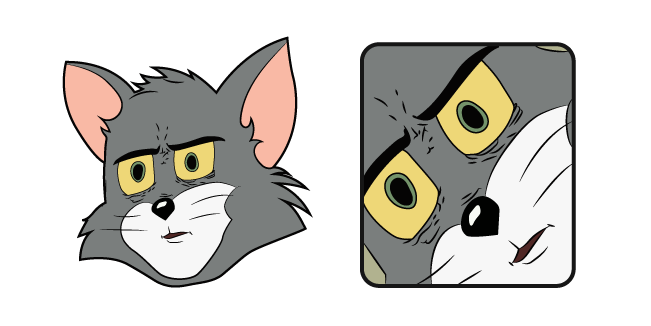 It Is Wednesday My Dudes Meme cursor