For those who don't know, Killer Bean is a series of computer-animated feature films and web shorts films about an anthropomorphic assassin coffee bean named Killer Bean. In 2009, the movie Killer Bean Forever was released, which led to the fact that the series became incredibly popular and was mentioned in a large number of memes on the Internet. The funny meme cursor for a mouse with Killer Bean! 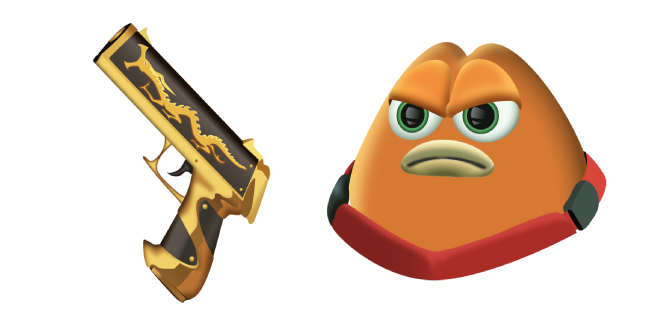 Not Sure If cursor

I Am The Lorax I Speak For The Trees Meme cursor