Check out this fluffy brown cat with arms! No, it’s not shown to you, the cat has really small prosthetic human hands on its paws because this is a very popular meme! This series of funny images can be found with captions that characterize cats as therapists. The first series of photos was exhibited in 2017 and became widely known throughout the Internet! The meme cursor for a mouse called Cat with Hands! 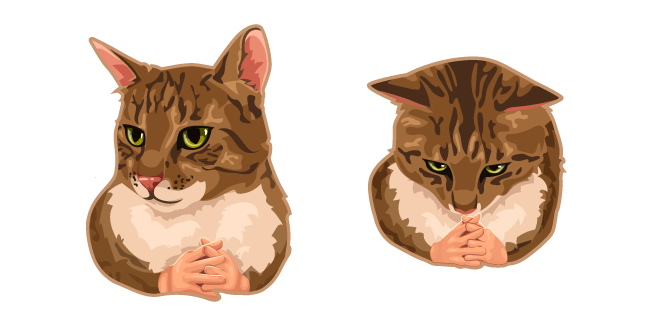 Not Sure If cursor

Among Us Impasta Meme cursor