The Horrifying Sith Lord aka Darth Vader has first appeared on movie screens in Star Wars: Episode IV A New Hope. He was soon revealed to be a ruthless villain, which has to hunt down enemies of the Empire. Under the guidance of the evil Galactic Emperor Palpatine, Vader strikes fear into everyone he meets with his mysterious black mask and strong mechanical breathing. And can you imagine that you can have it as a LEGO Star Wars cursor pack with fanart Darth Vader pointer? 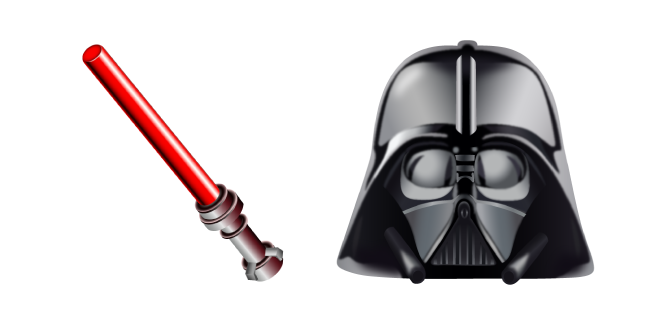