C-3PO is a character made of gold in the Star Wars franchise, which was first released as a minifigure in 2000 and has made eleven appearances in sets so far. C-3PO is pronounced as see-threepio, and it was a protocol droid built by Anakin Skywalker before Star Wars Episode I: The Phantom Menace. When Anakin left to become a Jedi, he was left with Shmi Skywalker, Anakin's mother. LEGO Star Wars cursor with fanart C-3PO cursor pack. 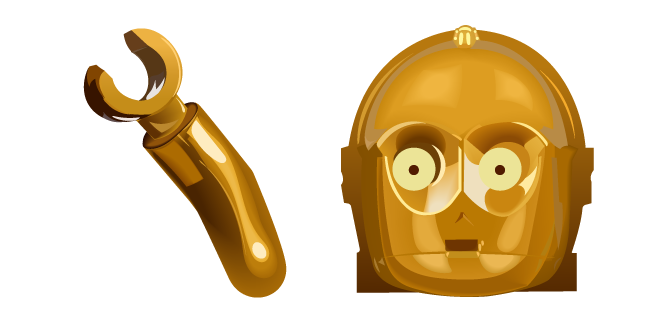