The famous toy brick company LEGO created a Minifigure series with characters from Disney movies and cartoons called LEGO Disney Series. Those series contain many characters for popular Disney Movies and cartoons like Disney's Tim Burton's The Nightmare Before Christmas. Sally is the lead character alongside Jack Skellington in the Nightmare before Christmas Movie. Technically she is a rag doll monster created by Dr. Finkelstein. A LEGO cursor collection pack with Disney Series Sally and Black Flower in a fanart cursor. 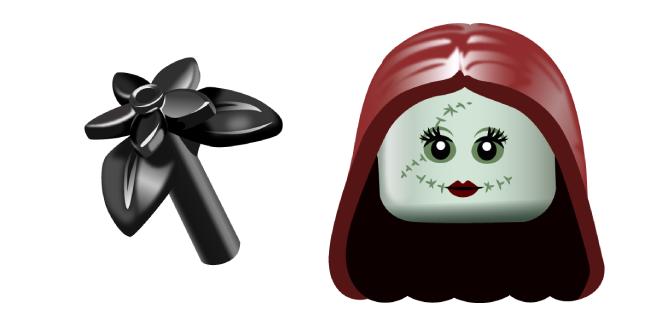