The Peeper fish is a small but very fast passive character of the Subnautica game and could be even considered its mascot. Peeper is very recognizable by its giant eye, filler with a yellow glow. Due to its size Peeper is scared of most of the larger fish and players. It's also a very fast fish so for a player to catch it, the player needs to be equipped well, to use a Grav Trap, Propulsion Cannon, Stasis Rifle, or Seaglide. The Peeper is mostly active during the day and can be seen playing and jumping out of the water. A Subnautica game cursor with Peeper. 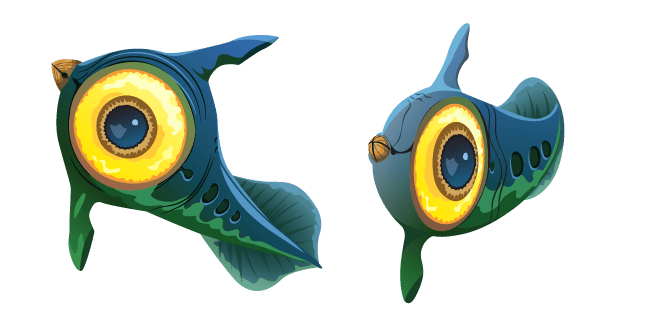