The Arctic Peeper is a passive fauna species Subnautica: Below Zero - a fast prey fish, that has a camouflaged look against the ice. It has a similar appearance to the Peeper. This weird fish has orange sclerae, irises, and deep blue pupils though has several differences from the Peeper - a whitish-hue, partially translucent flesh, and pair of bright pink stripes on each side. Subnautica Arctic Peeper as a game cursor. 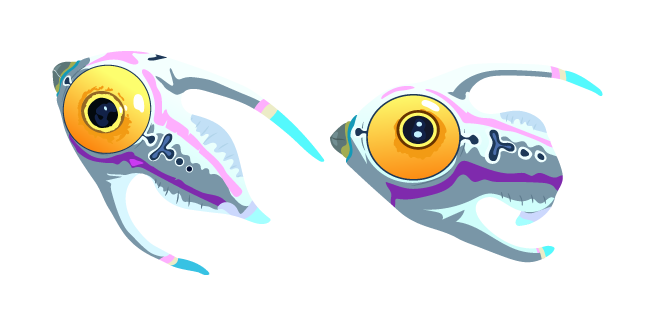