A powerful tyrant of the Outworld throne, Shao Kahn is one of the most celebrated villains in the video game genre and he made his debut in Mortal Kombat II as the final boss, a role he also served in Mortal Kombat 3 and in the next games. Shao is one of the few non-ninja characters with a pretty recognizable warlord helmet which features a skull-like design with a long crest at the forehead. Mortal Kombat game cursor Shao Kahn and Wrath Hammer. 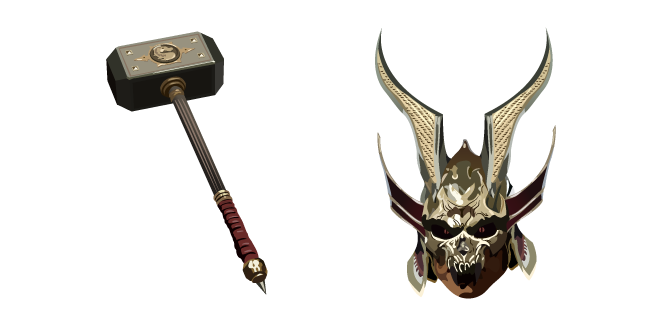