Lilo is the main character in the animated film "Lilo & Stitch" by Walt Disney Studios. A little cute Hawaiian girl lives on the island with her older sister Nani and best friend, a genetic experiment named Stitch, which she initially mistook for a dog. Lilo is a very energetic and extraordinary girl, she once made a doll named Chucha with her own hands and since then Lilo has not left her. Even Stitch knows how important this doll is to a little girl. Do you like Lilo and Stitch or Disney Studios? Then you will love this cool cartoon cursor Disney Lilo and Scrump the Doll for a mouse! 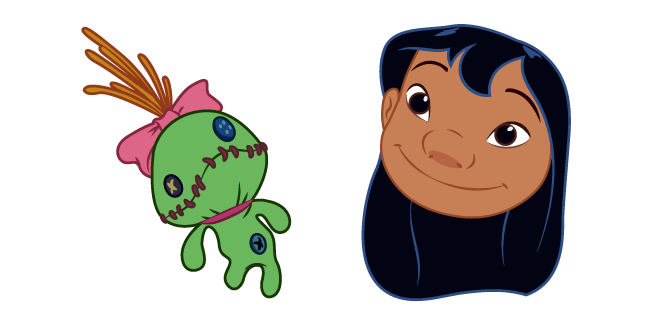 The Rescuers Bernard and Map cursor