Grim Matchstick is a boss from the game Cuphead who appears in Inkwell Isle Two at the Fiery Frolic level. Grim Matchstick looks like a green fire-breathing dragon with wings, a large tail, a long tongue, and sharp teeth. He is a very playful, silly, and quirky character who strives to spook people and may accidentally hurt you while trying to play. The Cuphead cursor and game pointer with Grim Matchstick! 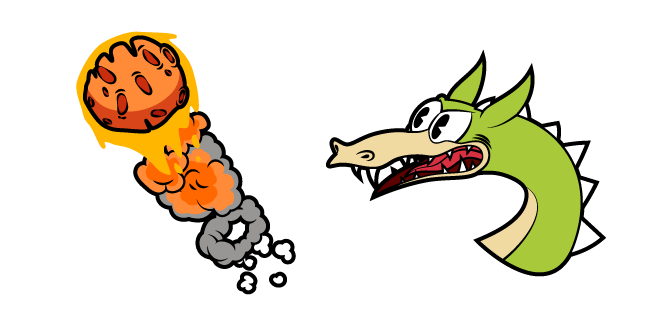