Bombshell Barry is an enemy fought in the High Seas Hi-Jinx! boss level of Inkwell Isle Three in the Cuphead game. He is an orange sea turtle with frontal limbs as hands but also with ventral flippers. He wears a red hat with a black stripe and has a barrel cannon installed within his sea green and a yellow shell. When he is knocked out - he hides into his shell and shows a white flag. Cuphead cursor with Bombshell Barry. 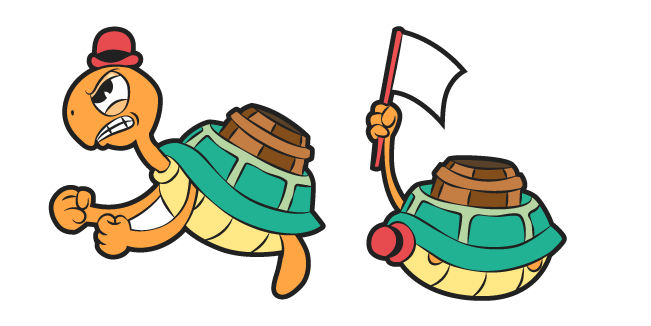