Don Pinstripelli Potorotti aka Pinstripe Potoroo came up as a potoroo subjected to the Evolvo-Ray to be Neo Cortex's bodyguard. He is well known for wielding a Tommy gun and laughing maniacally. He made his first appearance in the first Crash Bandicoot game. This character is a parody of mafia gangsters seen in films such as Scarface, and talks with a strong Brooklyn accent. Crash Bandicoot cursor pack with fanart Pinstripe Potoroo game cursor. 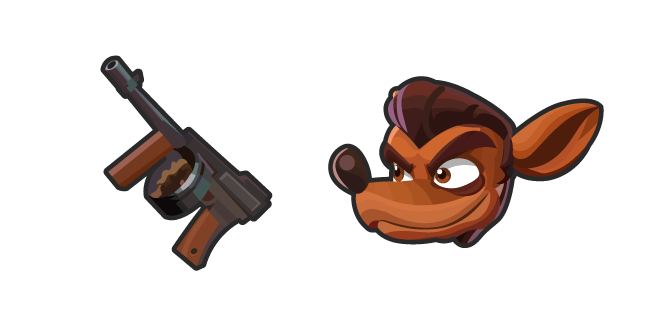