Tiny Tiger is a thylacine with an ironic name initially created by Nitrus Brio. He is often seen working for the mad scientist and is probably his most loyal animal minion. Despite his Tiny name, he is actually a very large Tasmanian Tiger with a big trident, a bigger attitude, and massive animalistic rage. He is Neo Cortex’s most loyal, orange henchman. Crash Bandicoot game cursor with Tiny Tiger and Trident. 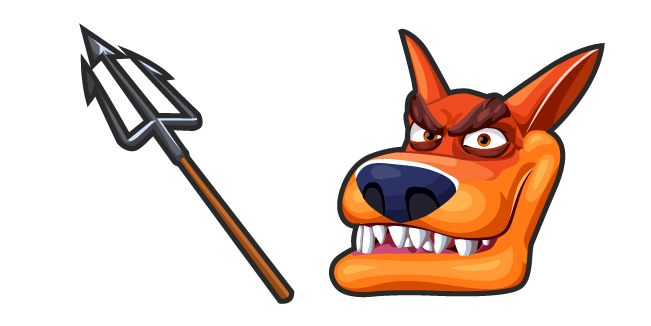