Gale is a Chromatic Brawler which you can unlock as a Brawl Pass reward at Tier 30 from Season 1: Tara's Bazaar or from Brawl Boxes. He looks like an old man with a white mustache, wearing a blue helmet and red scarf. His first Gadget, Spring Ejector, spawns a launch pad beneath himself that can launch any target. His second Gadget, Twister, creates a tornado that prevents enemies from passing through it. Brawl Stars cursor pack with fanart Gale game cursor. 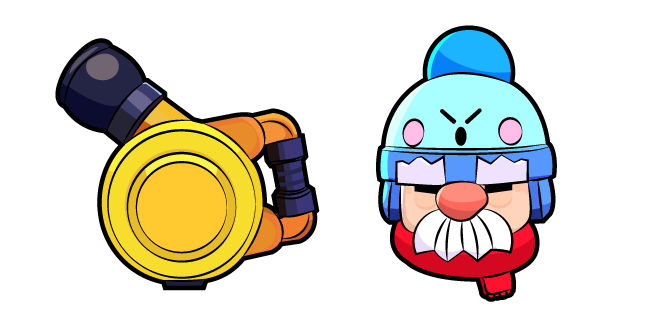