Colonel Ruffs is a Chromatic Brawler with moderate damage and a fast reload speed but has low health in the Brawl Stars game. He fires two lasers at the same and they bounce off walls. Due to his Super, he calls a supply drop from the sky, that deals damage to enemies and leaves behind a power-up. Ruffs' first Star Power is Air Superiority, which allows his Super to destroy obstacles. Game cursor with Brawl Stars Colonel Ruffs and Double Barrel Laser. 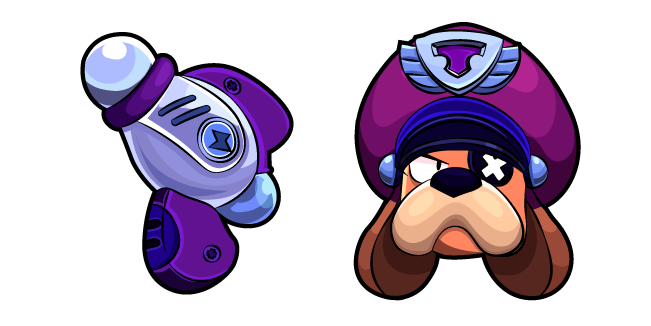