Bottle is a female competitor in Battle for BFDI and The Power of Two. She was one of the former recommended characters that were qualified to compete in BFDIA; however, she received only 29 votes, which put her in 58th place, and was the lowest with 18 votes to join. She is represented as a glass bottle, which main body is clear, while her shine is white and has a bluish-gray outline. Battle for Dream Island cursor pack with fanart Bottle cartoon pointer. 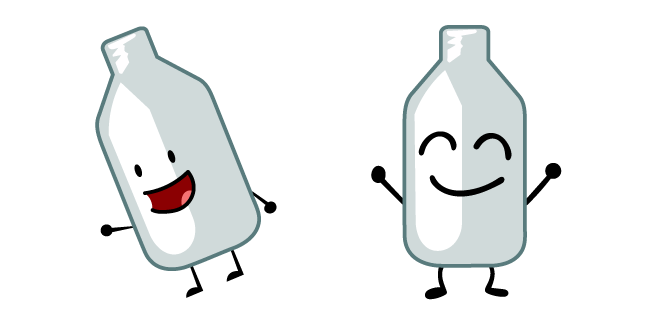