Eraser is a male competitor in Battle for Dream Island, Battle for BFDI, and The Power of Two. He is a hot pink rubber eraser in the form of a parallelogram. In BfDI, Eraser competed on team Squishy Cherries until his team dissolved in A Leg Up in the Race. He also competed on Free Food in BFB, but quit in The Escape from Four to compete on BFDI: TPOT, where he is competing now on Are You Okay. Battle for Dream Island cursor pack with fanart Eraser cartoon cursor. 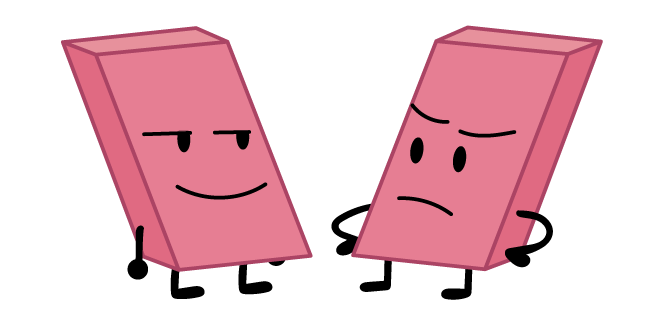