Fries is a contestant in Battle for Dream Island Again, IDFB, Battle For BFDI, and The Power of Two. This character is a box containing French fries. His box is colored in red with yellow stripes on the outside, while his inside is white with red stripes. His potato fries are tan, and the box's design with its shape and colors resemble that of the American fast-food restaurant McDonald's. Battle For Dream Island cursor with Fries fanart cartoon pointer. 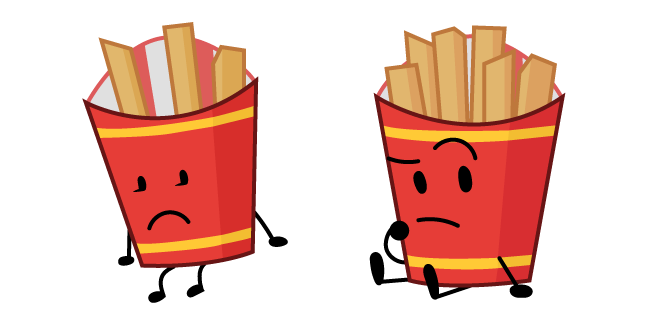