Lui Shirosagi, aka Lui Shirasagijo, is a character appearing in the anime and manga series Beyblade Burst. He was the main antagonist of the first season. He is the best of the Supreme Four and the second best of the Big Five, and a member of Rideout. Lui is known to be one of the most skilled Bladers in the Beyblade Burst anime series, which has already won 5 National Championship. Beyblade cursor pack with fanart Lui Shirosagi and Bloody Longinus 13. 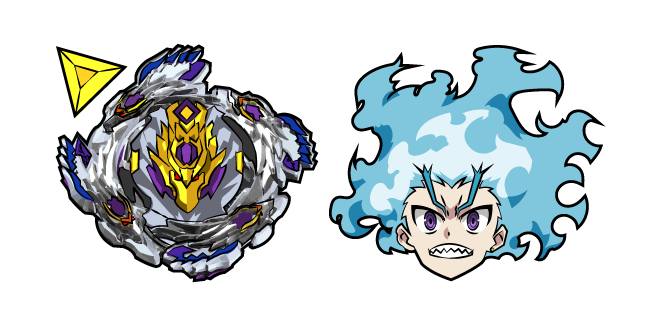