This cute short girl with brown eyes and long, straight black hair is called Azusa Nakano. She became the second guitarist of the Ho-kago Tea Time music group and when all of its members graduated, Azusa Nakano continued the club and became its new president. Azusa is a very modest, quick-witted, and talented girl who started playing the guitar from the fourth grade because her parents play in a jazz band. The anime cursor for a mouse with K-ON Azusa Nakano and Guitar! 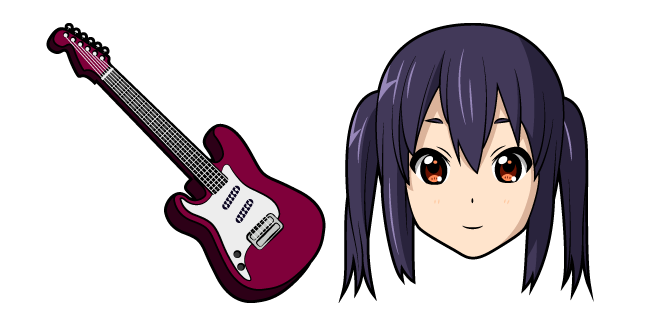