Rantaro Kiyama, also known as The Boss and The Head Honcho or Honcho, is a member of the Beigoma Academy BeyClub and is a member of the Spanish team: BC Sol. He is depicted as highly self-confident, referring to himself as the Head Honcho, and is good at sneaking things in and out of their school's strict regulations. He owns Rising Ragnaruk Gravity Revolve, a Stamina Type Beyblade. Beyblade cursor pack with fanart anime cursor Rantaro Kiyama and Rising Ragnaruk Gravity Revolve. 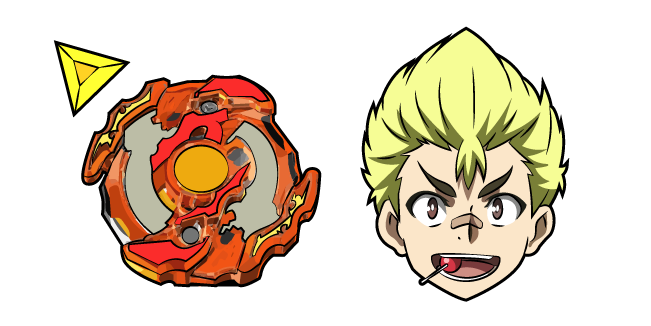