Kazutora Hanemiya is a founding member of the Tokyo Manji Gang in the Tokyo Revengers anime series. He was the First Division Vice-Captain until Kazutora joined Valhalla as its Number 3 and became the leader of the Anti-Toman force. Due to the decision of Bloody Halloween, Kazutora was sentenced to ten years in a detention center as retribution for his felonies. He features natural black hair styled in a messy wolf cut with yellow streaks. Tokyo Revengers cursor pack with fanart anime cursor Kazutora Hanemiya. 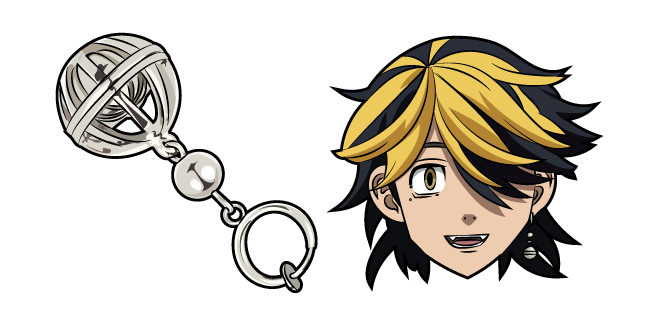