Doctor Penelope Numan Braxton or simply called Penumbra appeared in Q&A Black Hat Organization replies episode of the Villainous series. She was a scientist, but after the incident with Numbra Disorder, Penelope turned into a ghostly pale woman, lost her hair, and in its place is a strange smoke-like substance covering her head. Through this substance, there is a strange lightning bolt symbol on the back of her head. Villainous cursor pack with fanart Penumbra pointer. 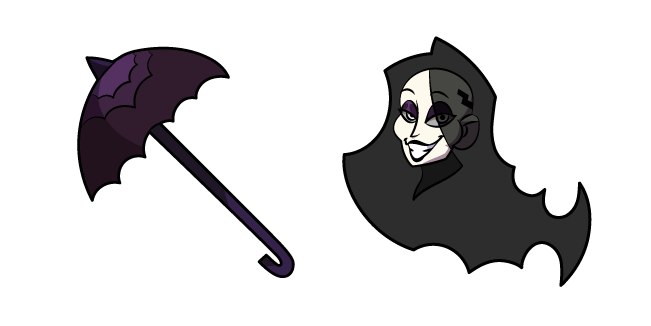