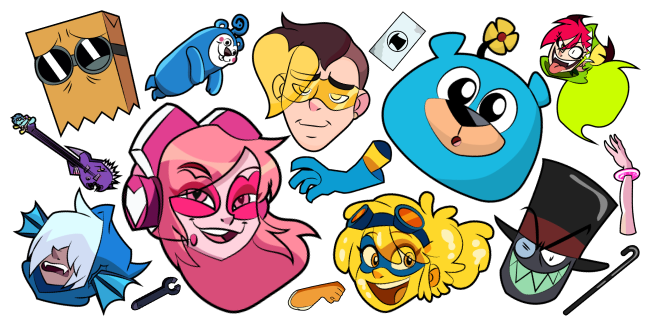 Villainous is a Mexican animated television web series with black humor, comedy horror, and science fantasy produced by A.I. Animation Studios for Cartoon Network and HBO Max. It is the story of the Black Hat Organization, which is ruled by the evil mastermind Black Hat and his team of three less-villainous assistants, which you already can find in our Villainous cursor collection.

Black Hat Org's main mission is to help other villains solve their heroic problems, so they have a kind of business, selling evil inventions created by Dr. Flug and showing various services, such as advice on how to defeat the hero or offering to take care of the hero themselves. However, things usually end up going wrong as the brilliant innovations and plans of these villains tend to have small and often comical points.