HIM is a powerful, vivid devil who is the king of darkness, other devils, other demons, and other ghosts in the Powerpuff Girls series. So far, he is the most dangerous enemy of the team. He features large lobster-like claws, pointed ears, black widow's peak hair, lime green eyes, a hooked nose, and a long, curled beard. He also has three long eyelashes on each eyelid, rosy pink cheeks, and black lips, very often in a wide smile. Powerpuff Girls cursor pack with fanart HIM anime cursor. 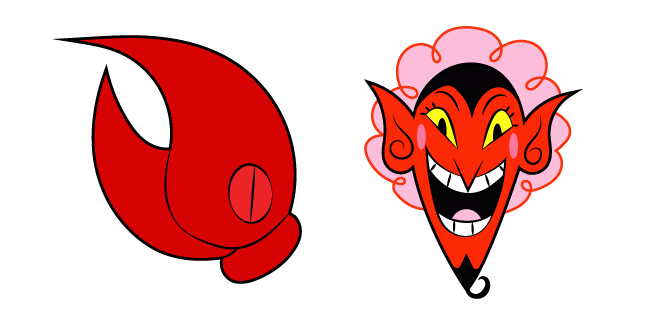