This pleasant man from our fanart Powerpuff Girls Mayor of Townsville cursor pack is a primary character of the anime series. His main role in the show is calling the Powerpuff Girls if trouble wreaks havoc over the town, but this is not always the case as he sometimes has a bad habit of asking them to help him with some trivial problem, such as opening a normal jar of pickles. The Mayor of Townsville is also referred to as Mayor. This character is depicted wearing a monocle and a small, black top hat that floats just above his head. 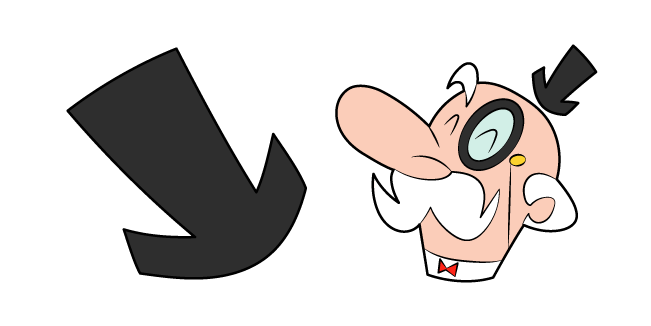