Madara Uchiha was the legendary leader of the Uchiha clan, who founded Konohagakure alongside his childhood friend with the intention of beginning an era of peace. He is a fair-skinned man with spiky, black hair that had a slight blue tint to it. His trademark weapon was his orange-brown gunbai with a long black chain running up it, with which he could shield himself and was carrying during battles. Naruto cursor pack with fanart Madara Uchiha and Gunbai fanart anime cursor. 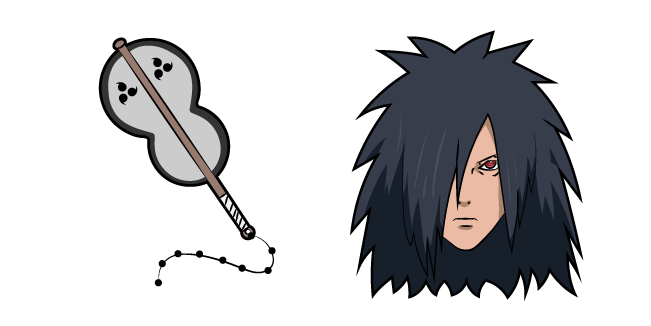