Kiba Akamaru is one of the characters of the Naruto anime series. He has at times egoistic attitude, but he is loyal to his comrades and he is willing to do anything to protect them. Kiba has a trusted canine companion on his side, Akamaru. At a very young age, Akamaru was given to Kiba by his mother and they become close friends. Kiba often cut class with Akamaru, stating that he wasn't suited to sit still at a desk. Short-tempered and impulsive but loyal with great pride to his clan. Kiba Inuzuka and Akamaru in an anime mouse cursor. 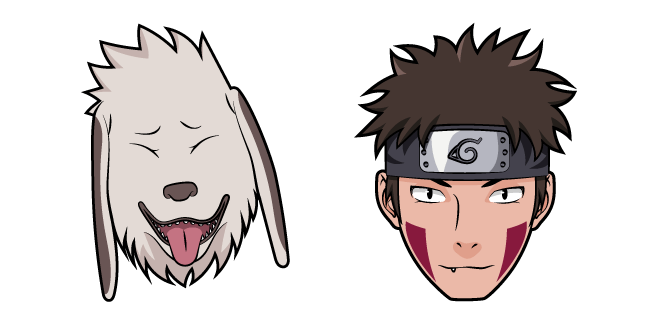