Fredrick Muenster is an enforcer of the Toppat Clan and a minor character appearing as a recurring minor antagonist in several pathways of Completing the Mission. And is the main character of our Fanart Henry Stickmin Fredrick Muenster cursor pack. He is seen with an AK-47. Fredrick is well known for his hat, which is made of cheese. No one will bunk with him as a result. This is stated to be part of Fredrick's plan to not have a bunkmate. 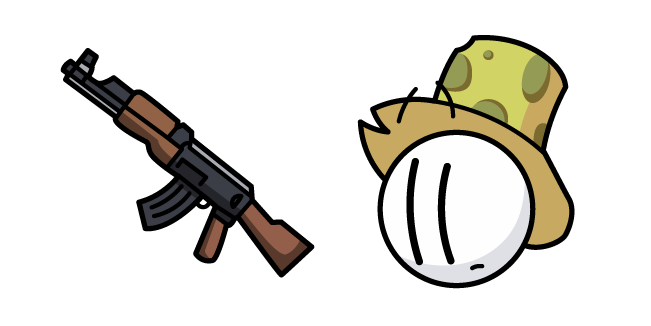