Felix White, also known as Phoenix Wright in the legacy series, is a supporting character in the Henry Stickmin series, that has a major role in the Lawyered Up route in Escaping the Prison. Felix is a defense attorney who is renowned for his ability to turn seemingly hopeless cases around. He unknowingly gets Henry Stickmin off the hook for a crime he is guilty of, allowing the rest of the series to take place. He can be your defense attorney in our fanart Henry Stickmin cursor pack with Felix White. 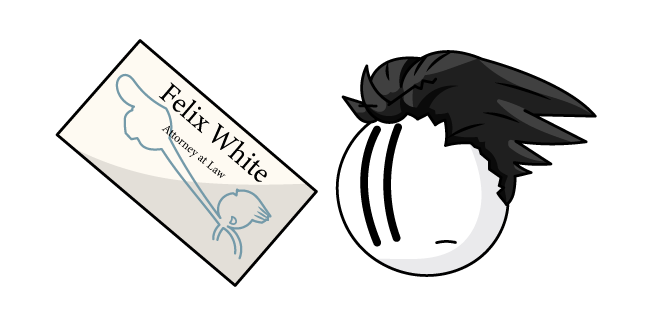