Collei is a playable Dendro character in Genshin Impact. She has appeared in the official manga and is one of the main characters. Originally a victim of Fatui human experimentation, Collei wandered the world as a vagrant until she met Amber in Mondstadt. The in-game description says she is a trainee ranger active in Avidya Forest. Behind her enthusiastic words and actions hides a slightly introverted personality. Fanart Genshin Impact cursor pack with Collei game cursor. 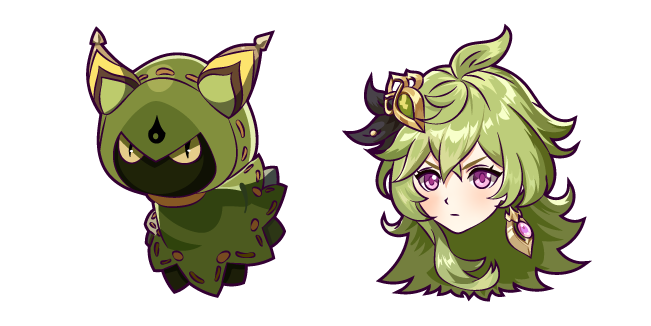