Barbara Pegg is a playable Hydro character in Genshin Impact, who is the deaconess of the Church of Favonius and a self-proclaimed idol after meeting the intrepid adventurer Alice. Barbara is also the daughter of Frederica Gunnhildr and Seamus Pegg, and a descendant of the prestigious Gunnhildr Clan. Favonius Codex is a 4-Star catalyst, which you can give to Barbara. Genshin Impact cursor pack with fanart Barbara Pegg and Favonius Codex game cursor. 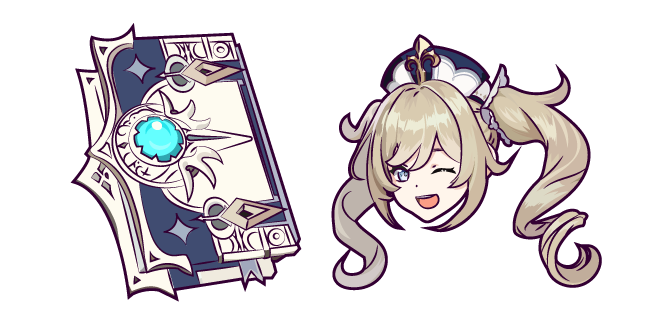